Morning Session:10 AM to noon: Retired Colonel Gary Bridges writes under the pen name of Col. Matt Jackson, the best selling author of the Undaunted Valor series. He’ll speak about writing  characters who are in the military; their relations with family members; how the military gives notice of death; and many other aspects of military life. 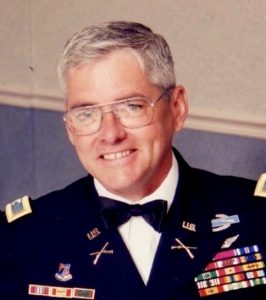 Born into a Navy Submarine family, Col. Bridges traveled the world as a child. He enlisted in the Army in 1968 after two years of college and became an Army helicopter pilot serving for 18 months in Vietnam was promoted to a commissioned officer. During his active duty, he commanded rifle companies at Fort Lewis Washington and Anchorage Alaska where he also commanded an airborne company. The highlight of his career was commanding an air assault infantry battalion during Operation Desert Shield/Storm. His awards include Combat Infantry Badge, Master Aviator, Senior Parachutist, Air Assault Badge, Silver Star, Distinguished Flying Cross, Air Medal with “V”, and the Bronze Star. The Army sent him back to college to finish his bachelor’s degree and later, working on his own, two master degrees. Once he retired from the military, he went into private business and finally retired in 2015. He has been married for 50 years and has two sons. One is a retired Army officer and the other is a serving officer at NATO HQ in Brussels. He’s also the proud grandfather of three granddaughters. You can contact him at colgaryjbridges@gmail.com.

Afternoon Session 1:00 PM to 3:00 PM: Getting to Know You, General Business Meeting, and Brainstorming.

Visitors are welcome and encouraged to attend. No pre-registration or fee is required.

During the pandemic, meetings are conducted via Zoom. Log on to Zoom at https://us02web.zoom.us/j/84095064142?pwd=RTYybkEyYUVadUpEM2VqM1dxbXlQdz09
Meeting ID: 843 9683 8171
Passcode: 406215
If you’re joining the meeting by phone, find your local number at: https://us02web.zoom.us/u/kdBK3NNSu2
Email president@fwcwriters.com if you have difficulties connecting with the meeting.